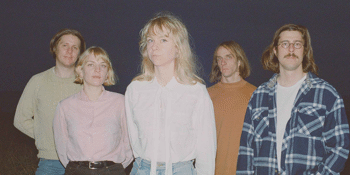 With special guests Forever Son and P.P Rebel
Barwon Club Hotel (South Geelong, VIC)
Saturday, 3 September 2022 8:00 pm
25 days away
18 Plus
Music
Australian Artists
Indie
Rock
Alt Country
Music
Send this event to
In celebration of the re-release of Leah Senior's first three albums, The Passing Scene, Pretty Faces and Summer's On The Ground, Leah and her band will be bringing their unique blend of fragile folk revival and baroque-pop playfulness to The Barwon Club.

Join them for their final show before they head off late September to play a month long tour of America/Canada opening for King Gizzard and The Lizard Wizard. As well as old favourites, the band is incredibly excited to be previewing songs off their forthcoming album, recorded at their home studio in Anglesea.

They are lucky enough to have P.P Rebel and her beatific band opening the night followed by the cult leader, the legend of Forever Son.